Posted on September 26, 2021
by Alicia Andaloro

Few rivalries in the NFC are as intense as this one. Since their first meeting in 1960, both teams have met twice a year for two of the season’s most anticipated games.  Though the Cowboys currently have an edge on Philadelphia, leading 70-54-0, Dallas still sucks.

Tomorrow, the Eagles and Cowboys will meet for their first NFC East matchup of the 2021-2022 season. Philadelphia travels to Dallas and before the Eagles make any more memories, let’s review some of the most iconic [Eagles] moments up until this point. 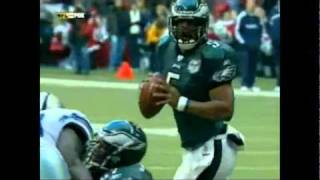 After years of defeat to the Dallas Cowboys, the Eagles clinched first place in the NFC East in 1980. Overcoming 14-point deficits in their Divisional playoff games, both the Eagles and the Cowboys met for the NFC Championship Game — the only one in history to be played together.

As the home team, the Eagles decided to wear their road jerseys, forcing the Cowboys to wear blue, which were believed to be cursed. Philadelphia pulled through, winning 20-7 and reaching the Super Bowl for the first time in franchise history.

The Bounty Bowls (I and II) came in 1989 after a slew of drama stemmed from both games against the Eagles and Cowboys. In the first matchup, Cowboys head coach Jimmy Johnson accused the Eagles of setting a bounty on Troy Aikman and Luis Zendejas.

In a perfect example of, “No one likes us, we don’t care,” Eagles fans threw snowballs and beer onto the field during the second game. The Eagles went on to win both games — 27-0 at Dallas and 20-10 in Philadelphia. Thirty years ago, during Week 3, the Philadelphia Eagles began their 1991 season by defeating the Dallas Cowboys 24-0. During that game, the Eagles set a record with 11 sacks to quarterback Troy Aikman.

Can they do it again on their Week 3 anniversary this year?

The Eagles met the Cowboys for their final home opener at Veterans Stadium. After a slow start, Philadelphia proved victorious, winning 44-13. The defeat marked the highest point total for the Eagles, who finished the season with 415 points — the most in franchise history. 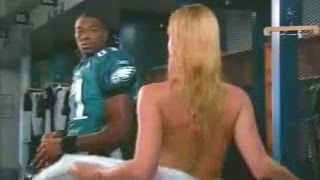 At the time, it was the highest-scoring game in the Eagles-Cowboys rivalry. Two years later, T.O. went to play for the Cowboys after Philadelphia released him.

Owen’s first season with the Cowboys went well for Philadelphia as the Eagles won both games against Dallas in 2006. In another move to force Dallas into their [cursed] blue jerseys, Philadelphia pulled out a 38-24 win after Lito Sheppard intercepted the ball, finishing with a 102-yard touchdown.

Both teams met again on Christmas Day, bringing Philadelphia home a win. The Eagles not only pulled off a 23-7 victory but clinched a playoff spot. The following week, the Eagles also took the NFC East title after Dallas lost to the Detroit Lions.

In their first matchup of the season, the Eagles visited Dallas for their Monday Night Football. Though Philadelphia was defeated, 41-37, the game had the second-most first-half points in MNF history (54) and the most combined points in the rivalry’s history (78).

The Eagles were looking to make a comeback during their second matchup with Dallas. Philly needed the Raiders to beat out the Buccaneers and the Texans to beat the Bears, and luck was in the hands as they played the Cowboys for a playoff spot.

Philadelphia took a 27-3 halftime lead, blowing out the Cowboys 44-6 and eliminating them from playoff contention. In Chip Kelly’s first season as head coach, the Eagles visited Dallas for Week 17. With both teams fighting for the division title and a playoff spot, Eagles’ LeSean McCoy and Nick Foles had an outstanding game. The Eagles lead 24-22, leaving Dallas with two minutes left to make a move. On their first drive, Orton (filling in for injured Tony Romo) threw an interception, allowing Philly to run out the clock and take the win.

Though Philadelphia fans remember 2017 as The Year of the Super Bowl, their Sunday night game against the Cowboys is also one for the books. Trailing 9-7 at halftime, Philadelphia brought the heat in the second half. The Eagles scored four touchdowns, three from passes by quarterback Carson Wentz, winning the game 37-9.

Wentz was the clear front runner for MVP before going out with an injury, and the Eagles would be on their way to the greatest achievement in franchise history.

Despite 2019 being one of Dak Prescott’s best seasons, the Cowboys were no match for the Eagles. Philadelphia had 13 players on their injured reserve list…thirteen, and the Eagles still pulled off a 17-9 win.

Philly went on to take the lead in the NFC East for the first time all season and eventually won the division, eliminating the Dallas Cowboys.